Millets are seen as a rarely eaten ancient grain in many modernized countries. Do you know that in some parts of Europe, Asia and Africa, millets are neither ancient nor rare? In Traditional Chinese Medicine (TCM), millet porridge is regarded as a healing food for postpartum and digestive health. Millets are highly nutritious and beneficial in treating physical weakness and stomach ailments like ulcers and indigestion. According to wikipedia, millets have been cultivated in East Asia for over 10,000 years. Many different varieties are grown around the world. In recent years, millets are getting a lot of attention among those who follow a gluten-free diet.

I grew up in Beijing where millets are staple foods in Northern China. Not only Chinese eat millets regularly, millets are regarded as a healthy and healing grain (technically a seed, more on this later). According to Traditional Chinese Medicine, millets support digestion, improve appetite, nourish Qi and blood deficiencies; millets also increase lactation, harmonize the stomach, and calm the sleep. Millets are particularly suitable for children, elderly, pregnant and postpartum women, as well as those who are sick.

How to Eat Millets

We cook millets into a porridge, in order to use it as a healing food. Although millets can be cooked like rice and into other forms as well, porridge is the easiest form to be digested and assimilated by the body. Millet porridge is frequently eaten to protect and heal digestive systems, stimulate appetite and to ease the symptoms of stomach ulcers. Eating porridge is a huge part of Chinese food culture that focuses on foods as nourishment guided by the principles of TCM. Porridges are extremely popular and essential in Northern China, as soups are in Southern China. The healing properties of both porridge and soup have long been recognized and studied in Traditional Chinese Medicine.

When the millets are boiled into porridge, the creamy skin-like layer formed on the surface is considered the most nutritious. Millet porridge is sometimes called the “alternative ginseng soup” in the folk culture. The explanation of this nickname is: although ginseng is extraordinary, one shouldn’t eat it often; although millets are common, they are nutritious and can be consumed regularly. This really captures the essence of TCM in terms of moderation, balance and emphasis on daily nourishment over long period of time rather than using heavyweight herbs for immediate results.

Regarding the concerns that millets could cause thyroid disorder (goiter), I don’t believe the amounts most people consume will be of any problem, especially in countries where millets aren’t staple foods. In east Asia where millets are consumed in larger amounts, people also consume a variety of sea vegetables, which support good thyroid functions. A diet that works is when we use the combination of foods as nourishment, eat in balance, moderation, follow common sense and some intuition. I have not known people who developed thyroid disease from eating millets in China. Keep in mind that millets have been cultivated for over 10,000 years in Northern China, so genetically my ancestors are also adapted to eating them. 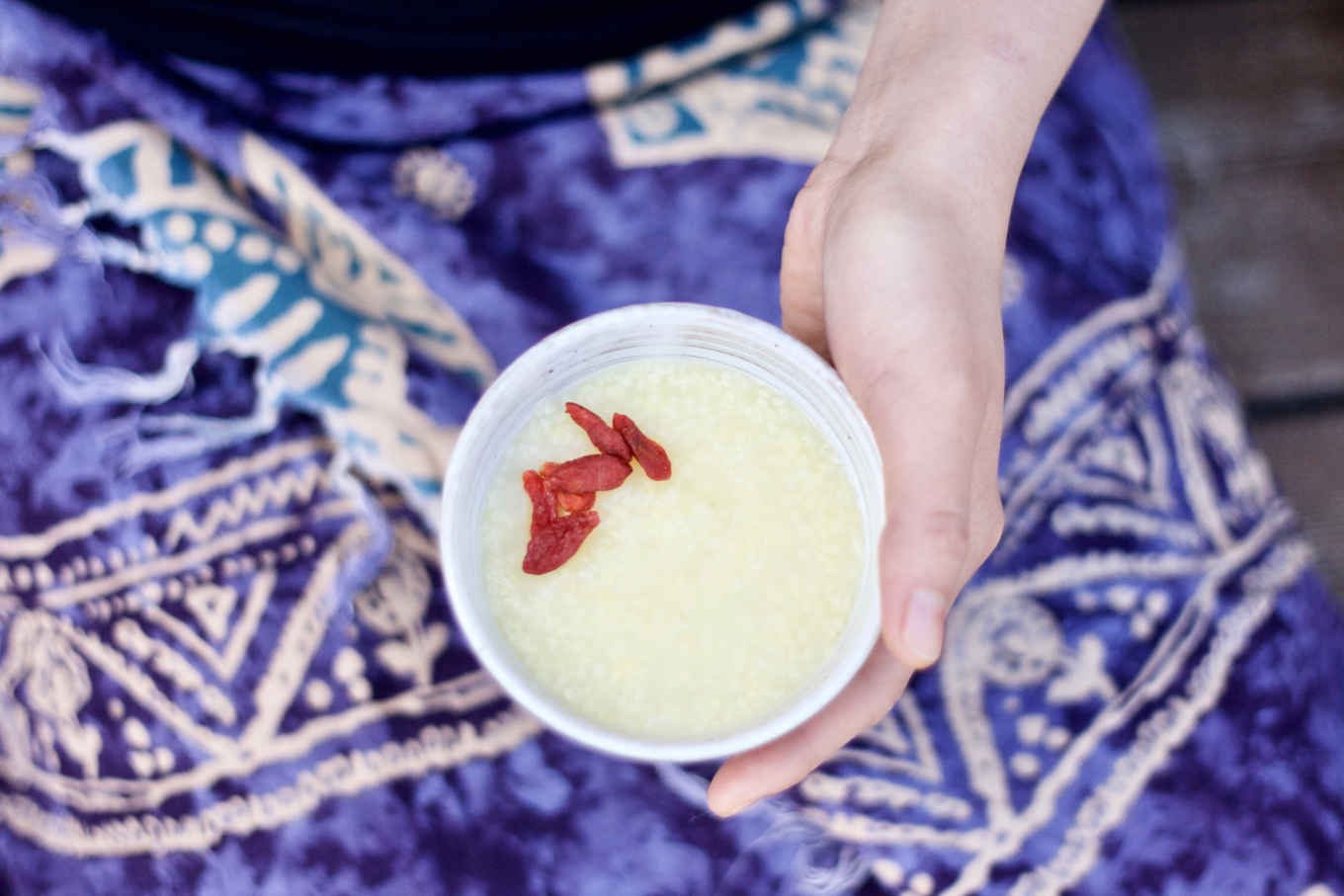 Millet Porridge is a Popular Food in Northern China

Beyond the basic, there are various versions of the millet porridge made by pairing millets with other ingredients of medicinal properties. Millets, jujubes and (un-refined) brown sugar porridge is a classic traditional recipe for postpartum women to nourish the Yin and blood. Millets and pumpkin porridge is one of the most popular everyday porridges to nourish digestive system. 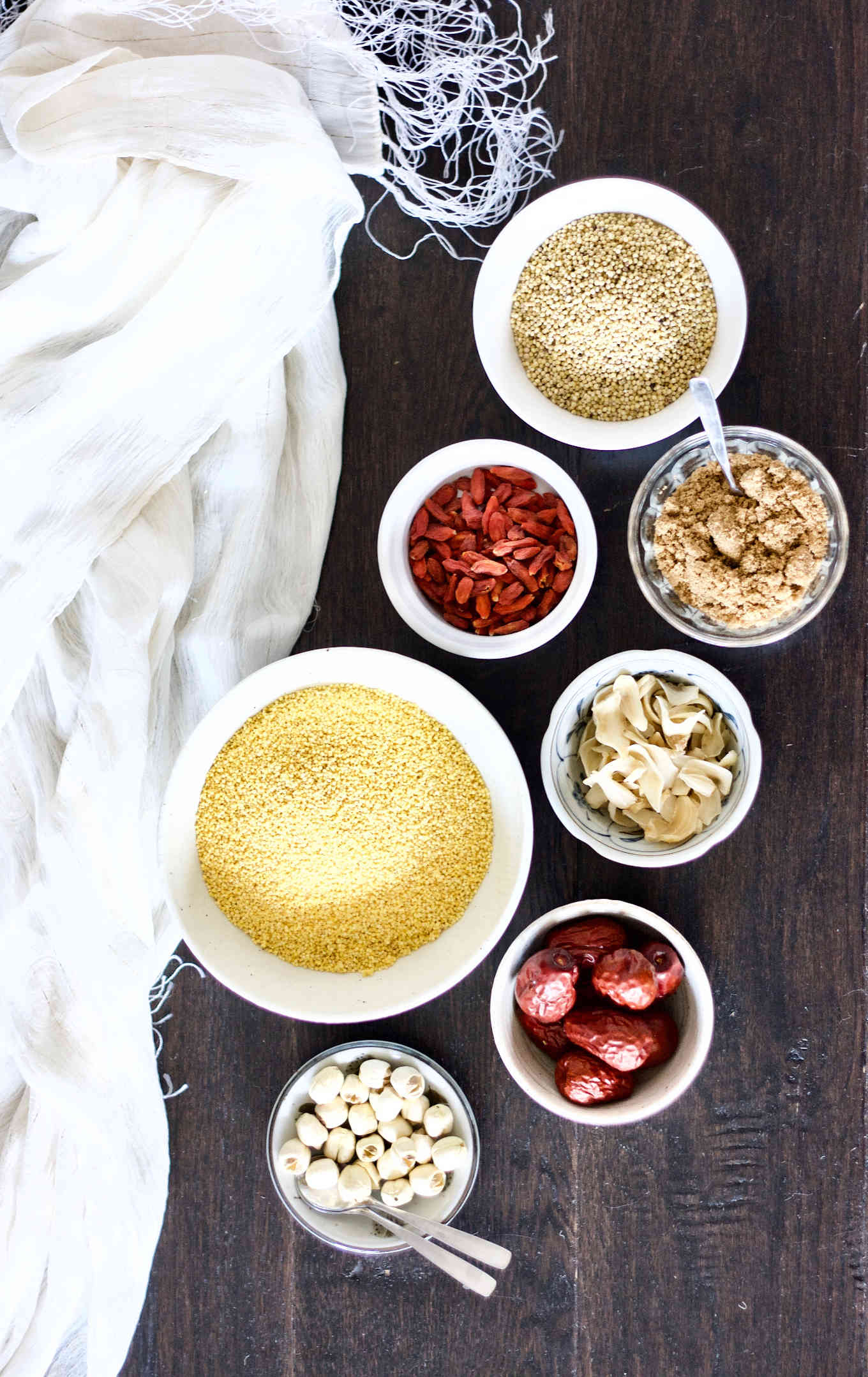 In Traditional Chinese Medicine, there is a blurred line between foods and medicine. Food ingredients are categorized according to their medicinal nature, while medicinal herbs are frequently used in daily foods. In healing recipes, ingredients are very carefully chosen for the most effective combination to maximize nutritional values and to achieve the healing goals.

Ingredients commonly paired with millets to make porridge are, but not limited to:

Ingredient can not be eaten with millets:

(Note that only ingredients commonly used in Chinese cuisine and TCM are listed above, as these have been studied and recorded in TCM literature.) What Millet to Use in Porridge

Technically, millets are not grains, but seeds of a family of grasses. Therefore, the millets you find in the grocery stores could come in different varieties depending on what kind is cultivated by the farmers. The packaging never list the type of millets, and the store staff generally aren’t aware at all that there are different varieties of millets. It is helpful to know what you are looking for.

Regular grocery stores in North America often will be selling proso millets, because proso millet is the most commonly grown millet variety in the USA. In Toronto, I haven’t yet come across Canadian grown millets at all.

Proso millet is pale yellow with a rougher texture and a woodier taste than the foxtail millet. Proso millet may not make the best creamy porridge, but is still good for making millet rice and salad.  There are a few other varieties of millets out there, but they are even harder to find around.

Foxtail Millet for the Porridge

The most common variety grown in China and used in this millet porridge recipe is the foxtail millet. Foxtail millet is golden yellow with a soft and creamy texture and taste. I highly recommend using the yellow creamy foxtail millet for porridges – it is super delicious and makes a huge difference. You can find foxtail millet easily in Asian grocery stores. There are even organic certified brands available in Toronto. You can also buy them easily online. 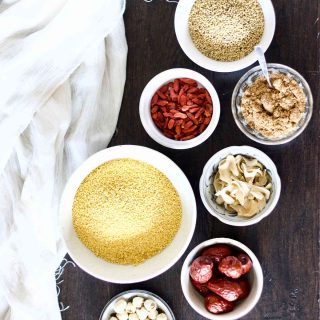 Millets are seen as a rarely eaten ancient grain in many modernized countries. Do you know that in some parts of Europe, Asia and Africa, millets are neither ancient nor rare? In Traditional Chinese Medicine (TCM), millet porridges are regarded as a healing food for postpartum and digestive health. Millets are highly nutritious and beneficial in treating physical weakness and stomach ailments like ulcers and indigestion.
5 from 14 votes
Print Pin Rate
Course: Breakfast, Porridge
Cuisine: Chinese
Prep Time: 5 minutes
Cook Time: 30 minutes
Total Time: 35 minutes
Servings: 4 people
Calories: 63kcal
Author: Yang
Cost: $1

Calories: 63kcal
Tried this recipe?Tag me @YangsNourishingKitchen on Instagram!

Share132
Pin369
Tweet
Yum1
Yang’s Nourishing Kitchen is a participant in the Amazon Services LLC Associates Program, an affiliate advertising program designed to provide a means for us to earn fees by linking to amazon.com and affiliated sites. I may receive monetary compensation or other types of remuneration for my endorsement, recommendation, testimonial and/or link to any products or services from this blog. For more information, see the full disclosure. 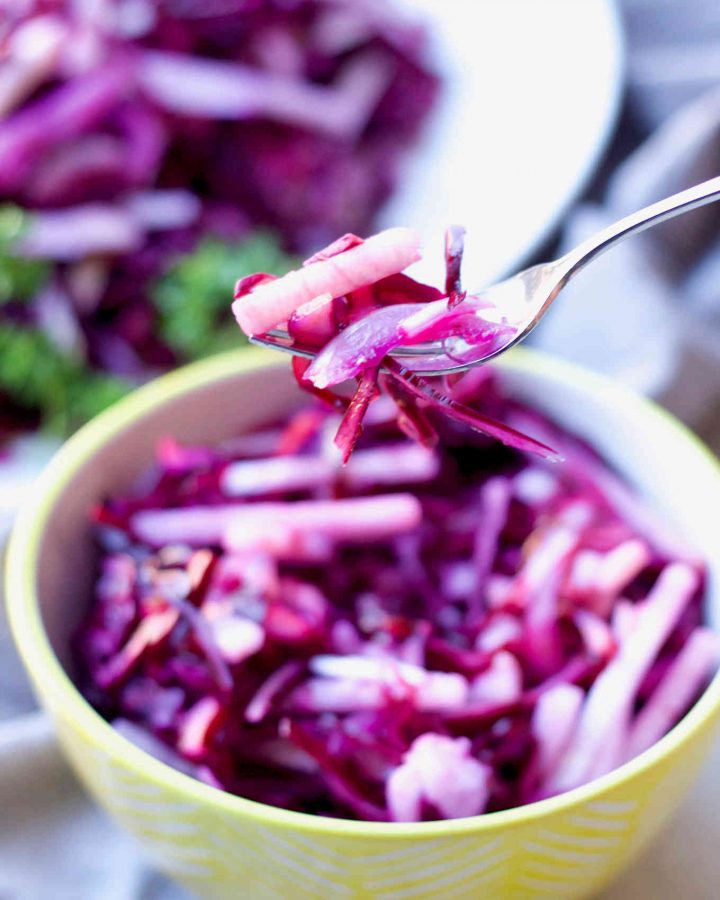 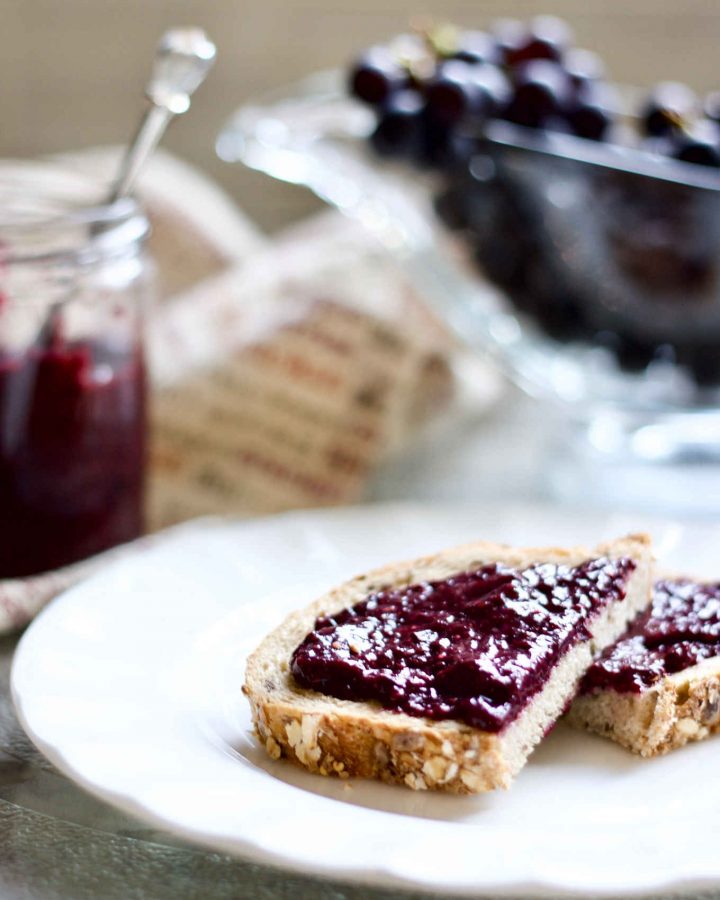 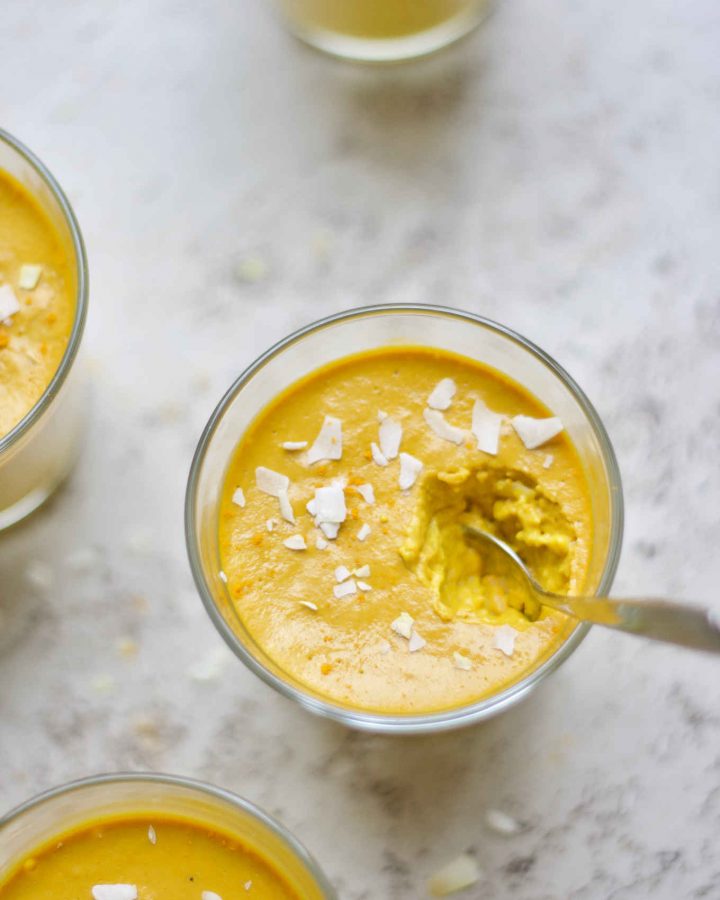